“The Rise of the Theban Necropolis. Current research in the early Middle Kingdom tombs of North Asasif” Dr Patryk Chudzik 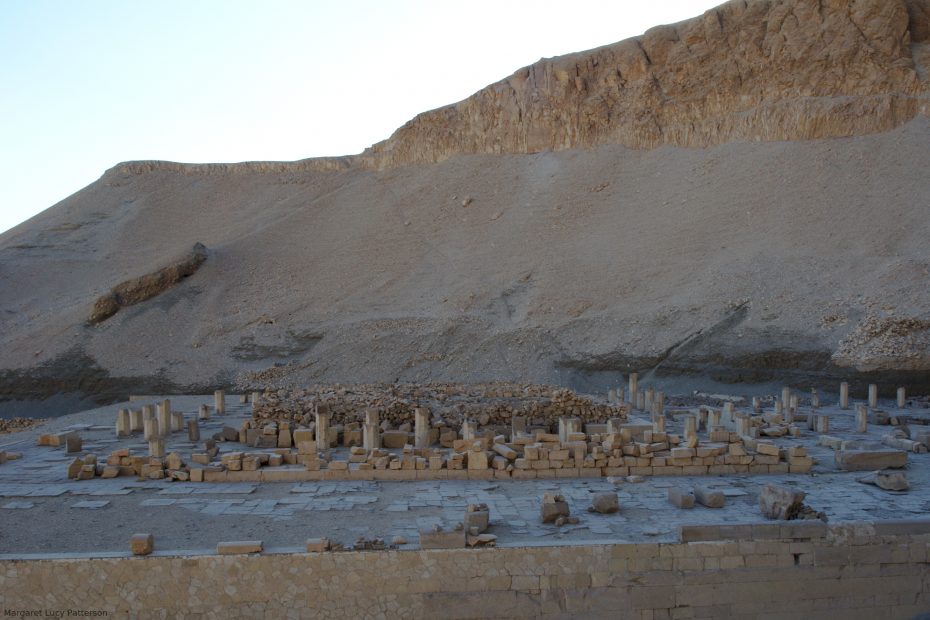 At the beginning of October 2021 Dr Patryk Chudzik, director of the Polish Centre of Mediterranean Archaeology (University of Warsaw) expedition to North Asasif, spoke to the Essex Egyptology Group about the work of the project. He began by reminding us of the context of the site, first geographically (briefly) and then historically. As he said, there was no need to spend much time on the geographical introduction – the Theban Necropolis is one of the biggest archaeological sites in the world and the biggest necropolis in Egypt. The specific part of this enormous site that his Polish team are working on is called the North Asasif, it consists of the slope on the northern side of the temple of Hatshepsut at Deir el-Bahri. The tombs at the North Asasif are of people who were contemporary with Montuhotep II who had moved his necropolis to the north and the west… Read More »“The Rise of the Theban Necropolis. Current research in the early Middle Kingdom tombs of North Asasif” Dr Patryk Chudzik

“The Cemeteries of Deir el-Bahri and Asasif in the Early Middle Kingdom: Recent Work by the University of Alacá Expedition to Thebes” Antonio J. Morales

At the beginning of July Antonio J. Morales visited the Essex Egyptology Group to tell us about the work of the Middle Kingdom Theban Project which he is the leader of. The project began in 2014 when he was working for Freie University in Berlin, and when he moved to the University of Alacá (outside Madrid) in 2017 the project continued under their sponsorship. Three-fifths of the €50,000/year needed to fund the project comes from the Spanish government, and the project must fundraise for the rest of it. To help with fundraising the project has several social media accounts (Facebook, Twitter, Instagram and YouTube) to keep the project visible. Morales told us that he began with this information because he believes it important to be transparent about how the project is funded. He also believes it is important to publish their discoveries as soon as possible. As a result they… Read More »“The Cemeteries of Deir el-Bahri and Asasif in the Early Middle Kingdom: Recent Work by the University of Alacá Expedition to Thebes” Antonio J. Morales

At the beginning of June Sergio Alarcón Robledo came to talk to us at the Essex Egyptology Group about the work he’s doing as part of the Polish-Egyptian Mission at Hatshepsut’s temple at Deir el Bahri. His talk was in two parts – first the theoretical underpinnings, then the practical work he’s been doing at the site. And after the formal talk was over he also showed us some unpublished imagery he’s been making of various tombs. Robledo started by zooming out to a very wide-angle view of the subject – he showed us a picture of a pre-dynastic burial, of a pyramid, of the temple of Montuhotep II (built at Deir el Bahri before Hatshepsut’s one), of a tomb in the Valley of the Kings. The unifying theme is that they are all ways of connecting the deceased with the cosmos. At first they just put the body in… Read More »“Hatshepsut’s Temple at Deir el Bahri” Sergio Alarcón Robledo (EEG Meeting Talk)

At the beginning of June Campbell Price, the curator of Egypt and Sudan at Manchester Museum, came to talk to the Essex Egyptology Group about one of the senior officials in Pharaoh Hatshepsut’s court: Senenmut. Hatshepsut ruled Egypt from 1473-1458 BCE, and she generally seemed to do things differently to her predecessors & successors. Technically she was ruling first as regent for then alongside Tutmosis III – but in reality she was the sole ruler of Egypt, surrounded by a small group of male advisors. Price made the comparison a couple of times in his talk to Elizabeth I (of England) – single woman as the ruler taking a traditionally male role, with a small collection of highly trusted male courtiers none of whom mention their wives terribly often when in the presence of their ruler. In autobiographical texts Senenmut claims to be a rags-to-riches story, but Price pointed out… Read More »“Seeking Senenmut: Statues, Status and Scandal” Campbell Price (EEG Meeting Talk)