At the beginning of November Dr Ian Taylor, who is a member of the Essex Egyptology Group, spoke to us about Harry Burton and his photographic skills. He began by setting the scene and introducing Harry Burton – he was an Egyptologist and photographer working in the first half of the 20th Century CE. Whilst he’s pretty much unknown outside the field of Egyptology he took some of the most instantly recognisable photographs in modern culture. His photographs of Tutankhamun’s tomb are well known, and are used extensively in publications (for instance “The Complete Tutankhamun” by Nicholas Reeves uses 100 of Burton’s photographs). Taylor said that his talk was intended to be more about Burton’s photography in general, and not so much about Tutankhamun’s tomb. Although given that was a part of Burton’s work, and given that this is the centenary of the discovery of Tutankhamun’s tomb, he was, of… Read More »“Harry Burton: Tutankhamun’s Photographer” Ian Taylor

“‘God is his potter’: Disability and Bodily Difference in Pharaoh’s Court” Kyle Jordan 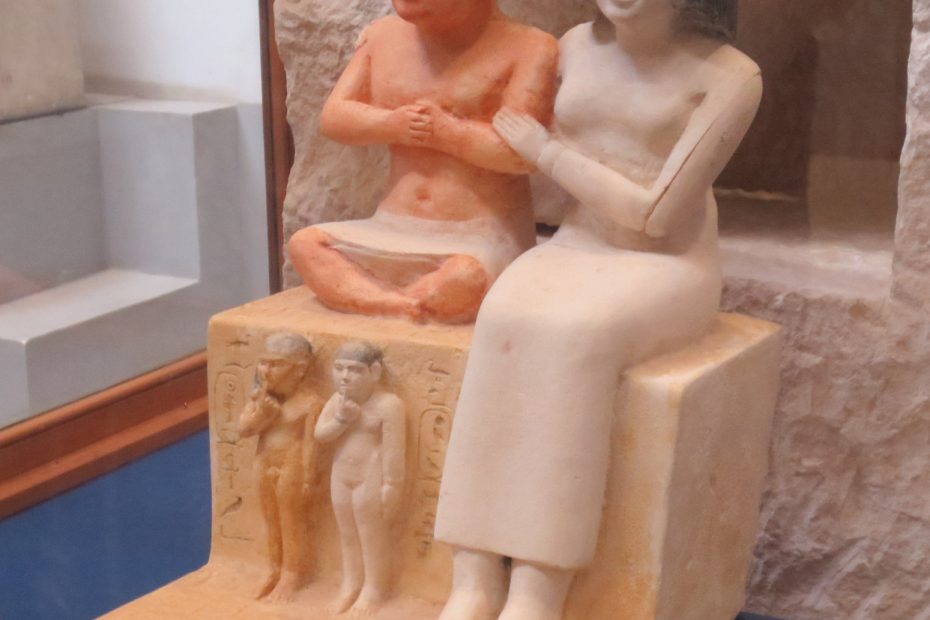 At the beginning of August Kyle Jordan spoke to the Essex Egyptology Group via Zoom about the work he has been doing for his Masters degree at University College London on disability and bodily difference in Ancient Egyptian society. The title of the talk is intended to capture the broadest extent of his dissertation, so he began by telling us what the specific question he’s addressing is: “What does the presence of disability and bodily difference tell us about the formation of early court societies in Egypt?”. As a disabled person himself he’s particularly interested in disabilities in the ancient world, and he hopes to bring his lived experience to the study of ancient Egypt in particular. The literature thus far on the subject is pretty sparse, and he thinks that previous scholars haven’t found it worthy of much consideration, but he thinks that the study of disability brings something… Read More »“‘God is his potter’: Disability and Bodily Difference in Pharaoh’s Court” Kyle Jordan

“The Temple of Amun at Medinet Habu: Birth Place and Burial Place of the Primordial Deities” Lucia Gahlin

At the beginning of July 2022 Lucia Gahlin spoke to the Essex Egyptology Group about the Temple of Amun at Medinet Habu. She began by telling us that as our talk length is normally 90 minutes instead of 60 minutes she was going to be able to augment the lecture that she usually gives with even more information on the cult of Amun, which is so important for understanding the Small Temple. So the first half of the talk before our coffee & cake break was to be primarily about Amun and the second half would move on to the history of the temple itself in more detail. But first Gahlin began with some orientation – even tho, as she said, most people in the room probably already knew the basics about where Medinet Habu is etc she still likes to make sure any newcomers are not left adrift. The… Read More »“The Temple of Amun at Medinet Habu: Birth Place and Burial Place of the Primordial Deities” Lucia Gahlin

“Body Image and Structuring the Identity: An Analysis of Body Ornaments in Predynastic Egypt” Maryan Ragheb 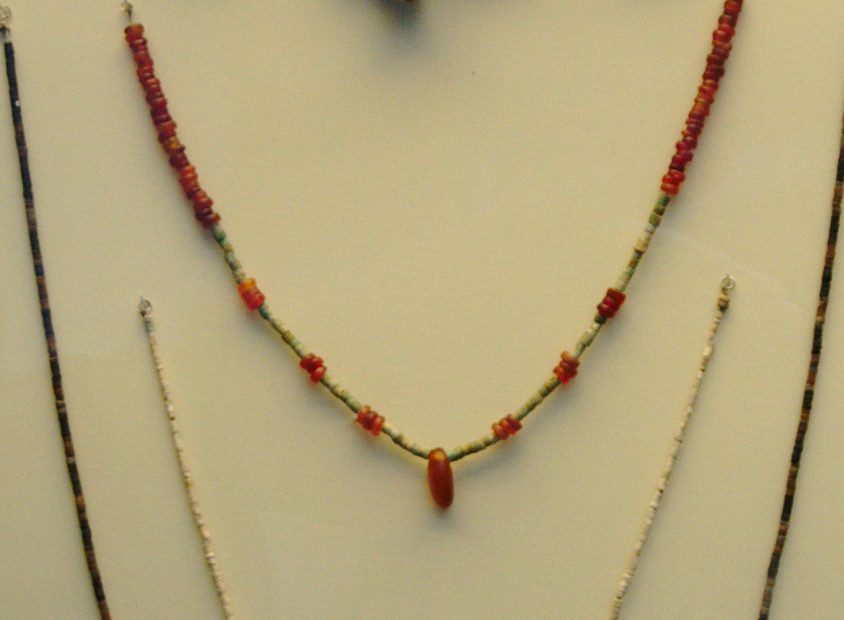 The June 2022 speaker at the Essex Egyptology Group was Maryan Ragheb, who is a 6th year PhD candidate at UCLA (California), and she told us about the research she’s doing that will be the subject of her dissertation. She’s at the point in the process where she has quite a bit of her data and has drawn some preliminary conclusions but still has more questions than answers. As her title says, she is interested in what can be discovered about identity expression in early Egyptian history from their body ornaments. So she began by defining “identity” for us. In essence this is how an individual demonstrates themselves to part of a broader group or community, and indicates their place within it. You can have more than one identity and most of us do. Identity expression is a performative action – it is something you choose to do, and it… Read More »“Body Image and Structuring the Identity: An Analysis of Body Ornaments in Predynastic Egypt” Maryan Ragheb 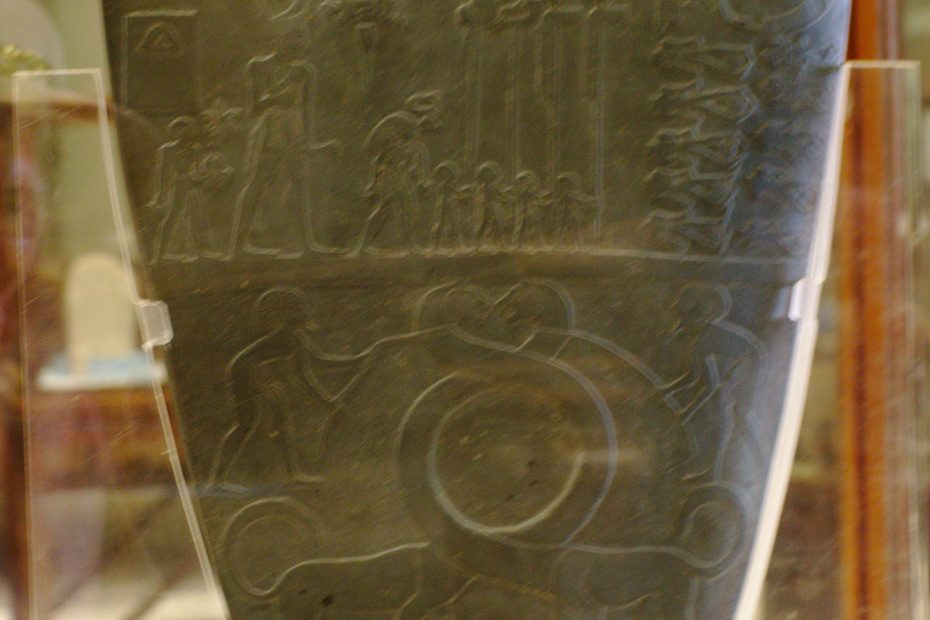 The second in person meeting of the Essex Egyptology Group in 2022 was in May, and the talk was given by Dr Kathryn E. Piquette. She had visited us at the EEG before back in 2015 (see my write up here: https://writeups.talesfromthetwolands.org/2015/11/06/new-light-on-the-narmer-palette-with-advanced-digital-imaging-kathryn-e-piquette-eeg-meeting-talk/). Her talk then was about the preliminary results of her research on the Narmer Palette – and this talk is an update on what she’s done since. In 2018 she had the chance to do further imaging of the palette, and this talk was about the analysis she’s done on the more detailed imagery. Piquette said she wanted to present the talk seminar-style with people asking their questions during the presentation, so we went off on some interesting tangents during the meeting. Piquette began by giving us a bit of context for the project and for the Narmer Palette. The work she’d done in 2015 was a pilot… Read More »“The Narmer Palette [Again]: Early Egyptian Stone Carving in Practice” Dr Kathryn E. Piquette

At the beginning of April Sara Ahmed Abdelaziz Mostafa gave a talk to the Essex Egyptology Group via Zoom about her research on Predynastic pot burials of children. She opened with a photo from a completely different culture – of buddha statues dressed up in infants’ clothes, which are intended to guide the souls of babies to nirvana. She told us that she’s interested in how societies think about the souls of children, and this struck her as an example from a culture different to the one she’s studying and the one she lives in yet still showing concern and care for little children after their deaths. Pot burials are a feature of many different periods of Egyptian history – Mostafa showed us an image of the Petrie Museum pot burial (which is on display in the museum) which was found at a predynastic site but it is a later… Read More »“Vessels of Innocence: Child Pot Burials in Predynastic Egypt” Sara Ahmed Abdelaziz Mostafa

At the beginning of March 2022 the first in person meeting of the Essex Egyptology Group since the beginning of the Covid-19 pandemic took place! Our speaker was Jordan Miller who is doing his DPhil at Oxford University (he was in the gap between submitting his thesis and doing his viva when he spoke to us). He opened by telling us that one of his hooks into Egyptology when he was younger was the amazing imagery – both captivating and confusing. And from this came his interest in these composite divine beings that is the subject of his talk. The composite forms seen in Egyptian art are most famously human bodies with animal heads. But you do also see other examples like a mix of two or more animals, or of a human or animal with an inanimate object as part of their body. An example he showed us of… Read More »“Understanding ‘Composite’ Forms of Egyptian Divine Beings”, Jordan Miller 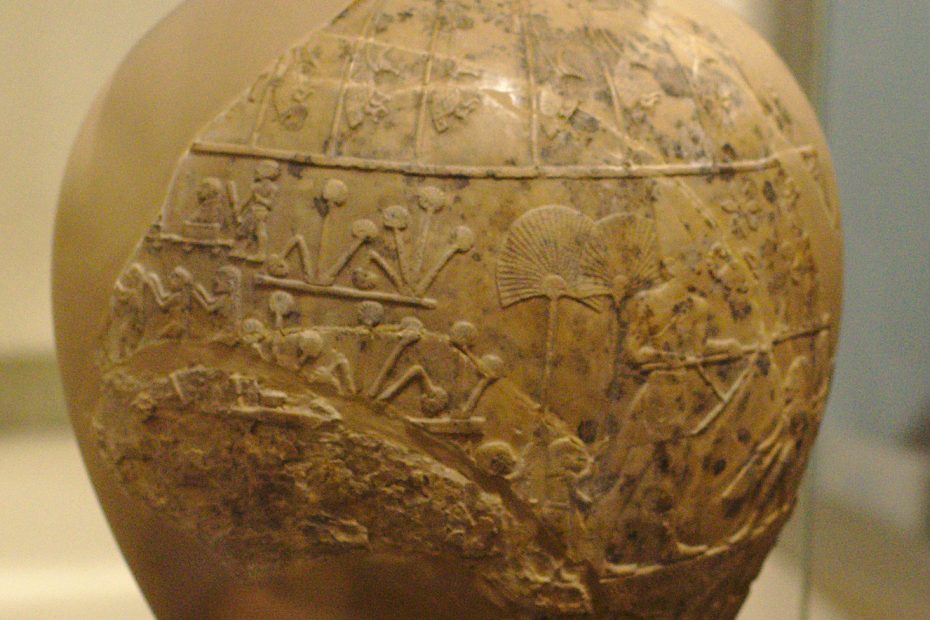 At the beginning of February 2022 Aidan Dodson gave a talk to the Essex Egyptology Group about the topic of his most recent book – “The First Pharaohs”. He noted that the use of “Pharaoh” in this title might be seen as anachronistic because the Egyptians didn’t use the term we translate as pharaoh for their kings until the New Kingdom. However it’s now become the standard English word we use for kings of Egypt in general hence why he’s sticking to it! He began by setting the scene – the subject of the talk was to be the very earliest kings of Egypt from the time of unification through to the end of the 3rd Dynasty and the beginning of the 4th Dynasty. There were two main themes to his talk. Firstly, this era can be seen as the prototype era of Egyptian history – lots of things that… Read More »“The First Pharaohs” Professor Aidan Dodson 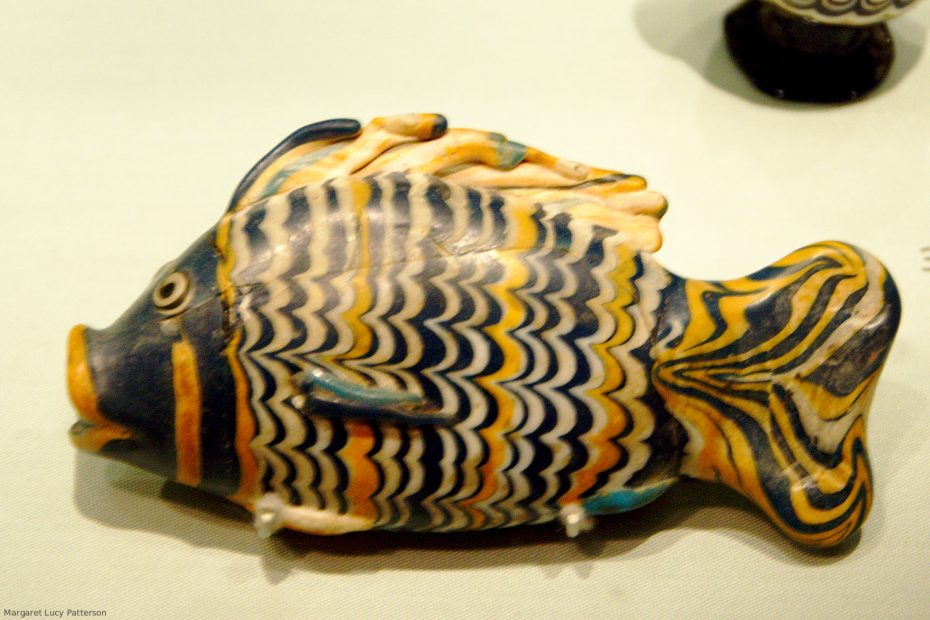 At the beginning of December Dr Anna Hodgkinson gave a talk to the Essex Egyptology Group about her work on glassworking in Ancient Egypt (working with a team of Egyptian and international workers and archaeologists, under the auspices of the Amarna Project and Freie Universität Berlin). She began by setting the scene for use of glass in Egypt and nearby areas like Mesopotamia and the Levant in ancient history. The earliest occurrence of glass in this region is of natural glass, and there are two types of this. The first is natural glass, which is a result of natural events like meteoric impact in the desert. This was used throughout Pharaonic Egypt and was mainly sourced from the western (or Libyan) desert. The other type is obsidian, which is a volcanic glass and was rarely used in Egypt – mostly for tools. The first regular occurrence of artificial glass in… Read More »“The chaîne opératoire of Ancient Egyptian glass manufacture: raw materials, production and use” Dr Anna Hodgkinson

“Jewels of the Nile: Ancient Egyptian Treasures from the Collection of the Worcester Art Museum” Dr Peter Lacovara

At the beginning of November 2021 Dr Peter Lacovara talked to us at the Essex Egyptology Group via Zoom about an upcoming exhibition, Jewels of the Nile, which will be opening on 18th June 2022 at Worcester Art Museum, MA and running until the end of January 2023. He began by giving us some background as to how he got involved with the collection at Worcester Art Museum (and subsequently the exhibition). When he moved from the Museum of Fine Arts, Boston in the late 1990s to the Michael C. Carlos Museum in Atlanta the latter museum had a small collection of Egyptian objects and his brief was to expand it. He got a grant from the Museum Loan Network Grant Collections to visit the museums in New England (which were the ones he knew best) to look at what they had in storage, and then have pieces conserved/repaired and… Read More »“Jewels of the Nile: Ancient Egyptian Treasures from the Collection of the Worcester Art Museum” Dr Peter Lacovara