In July Ilona Regulski visited us at the Essex Egyptology Group to talk about her work on some Middle Kingdom texts written on papyrus fragments from Asyut. She is now working at the British Museum as a curator, but this talk was about the work she did before starting that job so the papyrii in question are not at the British Museum but instead are in the collection at the Neues Museum in Berlin. Their accession numbers are P10480-10482, and she used those as names for the pieces when talking about them. Regulski began her talk by giving us context for the papyrii. They were acquired by Ludwig Borchardt (who also acquired the Nefertiti bust for the Neues Museum), who bought them in Luxor. The seller said they’d been found in Asyut and this provenance is confirmed by textual details which she explained later in the talk. Asyut is the… Read More »“A Middle Kingdom Mortuary Ritual Reflected in Writing: A Case Study from Asyut” Ilona Regulski (EEG Meeting Talk)

In the last talk of the Essex Egyptology Group study day Cédric Gobeil told us about an exciting discovery in the 2014/15 season of a female mummy with several tattoos. He began by giving us some context for the discovery, and showed us some photos of Bernard Bruyère’s excavations of the eastern & western necropolises. Bruyère wasn’t interested in the human remains, he was only interested in the amulets etc that he could find on these mummies. So he unwrapped all the mummies that he found, which sadly has the knock on effect of damaging the mummy. The remnants were put back into some of the tombs and just left there. The female tattooed mummy was found in TT291 in the western necropolis, which wasn’t the tomb where it was initially buried. Nobody knew there was anything in TT291 so when Gobeil first entered the tomb and discovered it was… Read More »“Of Mummies and Men: The Discovery of a Female Tattooed Mummy” Cédric Gobeil (EEG Study Day, April 2018)

In the third talk at the Essex Egyptology Group study day Cédric Gobeil broadened his focus to tell us about the work carried out by the whole team over the last 7 years – his time as director. His aims when he took on the job were threefold: to restore & preserve the archaeological structures, to enhance the site with the development of a site management programme and to continue the study of the monuments & objects (both in situ and in the storerooms). The talk covered each of the areas of the site in turn, giving an idea of the sort of things that were done in each place and some of the more interesting discoveries. In the settlement area he started his term by seeing what repairs were needed, and it turned out that about 15% of the site needed emergency repair which took 2 years to accomplish.… Read More »“‘Wonderful Things’: Highlights from the Past Seasons” Cédric Gobeil (EEG Study Day, April 2018)

In his second talk of the Essex Egyptology Group study day Cédric Gobeil told us about his own personal work (as opposed to the work he oversaw as director). The original publications of the tombs at Deir el-Medina were some time ago, and the photographs were all in black & white and were supplemented by drawings that aren’t to modern standards. And so the tombs need to be re-examined and republished – Gobeil has been working on tomb TT250. This tomb was originally identified as belonging to someone called Ramose from the reign of Ramesses II, but Gobeil’s work now shows that it was the tomb of 9 women. TT250 is in the mid-level of the western necropolis and is of small to average size. It has four chambers in the tomb chapel – one large one with 3 chapels off the back wall. Only the middle chapel at the… Read More »“The Theban Tomb 250: Helping out Women’s Studies” Cédric Gobeil (EEG Study Day, April 2018)

In April the Essex Egyptology Group held its annual study day. This year the subject was the workmen’s village at Deir el-Medina with four talks given by Cédric Gobeil who was director of the French archaeological mission to the site for several years (before he became the Director of the Egypt Exploration Society in 2016). I’ve split my write-up into four parts, and this one covers the first talk. “Archaeology in the Archive: A Short Historical Review of the French Excavations at Deir el-Medina” This talk gave us historical context for the investigation of the site, as well as illustrating the information that can be gleaned by studying the archives of previous expeditions. Gobeil pointed out that archive archaeology is currently trendy – a combination of field archaeology being more difficult (more permissions, and the modern science takes much longer than the older treasure hunting style) and of how much… Read More »“Deir el-Medina: A Never Ending Story” Cédric Gobeil (EEG Study Day, April 2018) 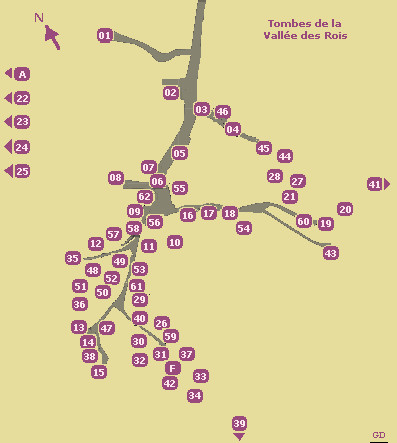 In April Susanne Bickel came to talk to us at the Essex Egyptology Group about the work she and her team have been doing in the Valley of the Kings for the last decade – mostly re-excavating previously known tombs with the benefit of modern archaeological methods, but they also discovered a new tomb in 2012. She began her talk by showing us a few images of decoration from inside various Pharaoh’s tombs in the Valley of the Kings – our usual “mental image” of the place. But actually only 22 of the known 64 tombs (plus 20 “pits” ) are for Pharaohs. So that means there are around 40 of what are often called non-royal tombs, Bickel prefers to say “other tombs” because the term non-royal is misleading in English. We would say that queens, princes & princesses are also royal, and those are generally the occupants of these… Read More »“New Research in the King’s Valley: Amenhotep III Family Tombs in the Valley of the Kings” Susanne Bickel (EEG Meeting Talk)

At the beginning of February Ramadan Hussein came to talk to us at the Essex Egyptology Group about the work he is doing at Saqqara. He works for Tübingen University, and is leading a joint German/Egyptian team who are investigating some of the Saite Period (26th Dynasty) tombs at Saqqara. Although best known for the Old Kingdom monuments, Saqqara also has the most Saite Period tombs known anywhere – there are several clustered around the 5th Dynasty Pyramid of Unas, plus another 2 near the opposite corner of the Step Pyramid complex, two more near the 6th Dynasty Pyramid of Teti and yet another at the end of the causeway of Unas. There are also several un-mapped & undocumented tombs to the east of the Step Pyramid complex. Hussein is working on three of the tombs that are near the Pyramid of Unas, which were initially discovered 117 years ago.… Read More »“Saite Tombs at Saqqara” Ramadan Hussein (EEG Meeting Talk)

In December Meghan Strong, a PhD student (about to submit her thesis!) at Cambridge, came to talk to us at the Essex Egyptology Group about the use of artificial light in Ancient Egyptian ritual. Light in ritual is something we’re still familiar with in the modern world – think of Divali, Advent (or the Easter Vigil service), Hannukah and many other examples. Strong’s argument is that the Ancient Egyptians were no different from modern people in this respect. She began by giving us context for both artificial light in pre-history & in the ancient world, and for the study of light in an archaeological context. Fire is the basis of ancient artificial light. The first evidence of its use as a tool is around 1 million years ago, and Strong said that it can be argued that this is part of what makes us human (as distinct from animals). The… Read More »“Illuminating the Path of Darkness: Artificial Light in Ancient Egyptian Ritual” Meghan Strong (EEG Meeting Talk)