A couple of weeks ago we visited J’s sister & family in Macclesfield for a weekend, and spent the Saturday in Manchester. In the afternoon J and I had a look around the recently refurbished Egyptian collection at the Manchester Museum – it had been nearly 5 years since we last went to that museum, and we were interested to see what they’d changed. I didn’t have my proper camera with me (because we were going to see Maxïmo Park play that evening) so the photos I took were on my phone. The camera on that isn’t really very good at low light situations like a museum, but I’ve found that in some cases application of a filter and a frame will make the inadequacies of the image look intentional 😉 And besides it’s kinda fun to play around with the software sometimes 🙂 I’ve put a set up on flickr, and some in the rest of this post. 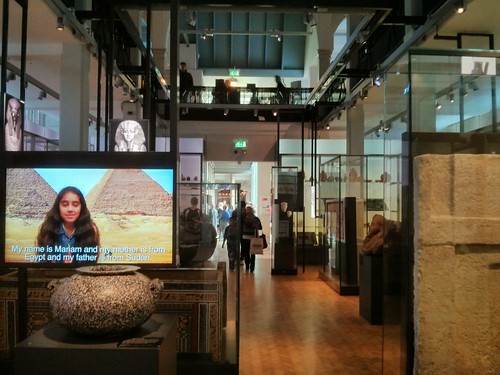 Most of the collection (that’s on display) is now housed in a single room. Before you get to that there is a room that is about archaeology, that has some Egyptian stuff on display in it, this includes some information about Petrie who is one of the most prominent early archaeologists who worked in Egypt. The main room has two chronological series running round the outside cases – whether you go right or left from the entrance you move from pre-dynastic Egyptian artifacts forwards in time. I’m not quite sure how they decided what to put where but the left hand side seemed to have more Middle Kingdom era stuff (like the model servants below) and more about burial practices. I was particularly struck by the display they had of all the amulets that would be placed in a mummy’s wrappings, laid out on perspex so you got a feel for how densely they were packed (the photograph below isn’t all that clear I’m afraid, but it should give an idea of it). 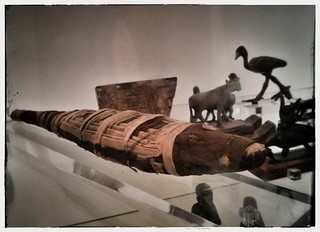 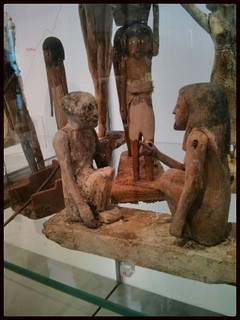 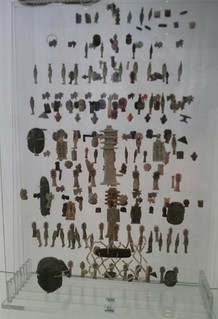 Round to the right they had a rather fine collection of pre-dynastic and early dynastic palettes, before moving on to Old Kingdom wall painting (which I failed to get even a half-decent photo of) and then a look at how the elites lived – based in many cases on grave goods. The objects that most caught my eye were the burnt pots (in the photo below right). These were found buried beneath a floor in a town called Gurob that Petrie excavated, and they follow a Hititte custom for the disposal of the goods of a wife who has predeceased her husband. So this was perhaps an indication that the building in question was inhabited by Hititte princesses and their servants (it’s known that at this time – c.1300BC – there were Hititte women as royal wives in Egypt). 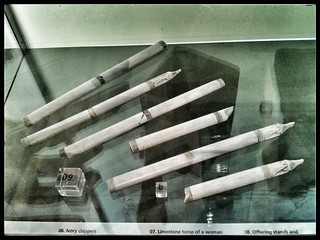 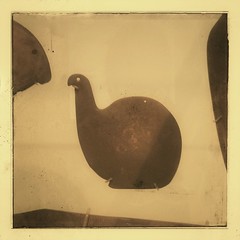 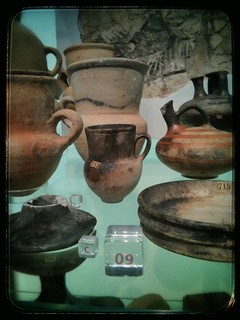 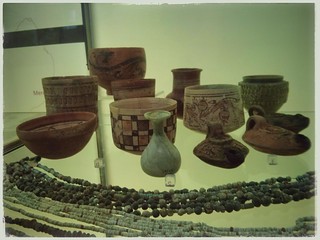 The centre of the room had a selection of larger pieces. There was the obligatory Sekhmet (always a favourite of mine …) although Manchester appear to only have a Sekhmet head, maybe they’ve just left their whole ones in storage? The highlights of this section, however, were the two coffin groups. One is for a woman called Asru who was a 25/26th Dynasty era Temple Chantress at Karnak. As well as her coffins and mummy they also had a video display talking about what modern forensics have told us about her and her life, like the illnesses she suffered from etc. The other coffin group was that of the Two Brothers – these were two men who had the same mother (as written on their coffins) and DNA testing of the mummies has shown that one had a Nubian father and the other Egyptian. So the colourings of the faces on the coffins are not just symbolic in this case! 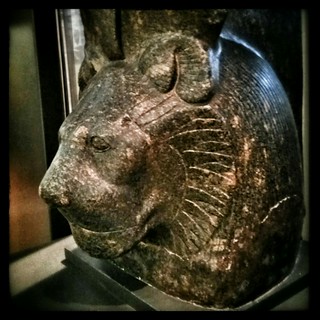 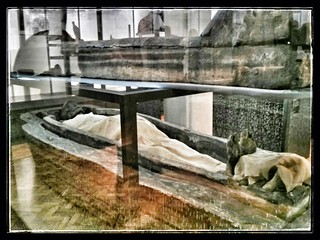 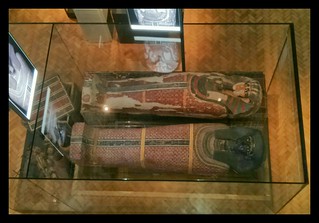 Up above the main room there was a gallery that let you see down into the room – the picture above of the coffins of the Two Brothers was taken from up there. This room was lined with cases containing “All of our things of Type X” – probably not actually all of them, but several lined up. As might be guessed, I liked the shabti one best, with the stone vessels a close second. 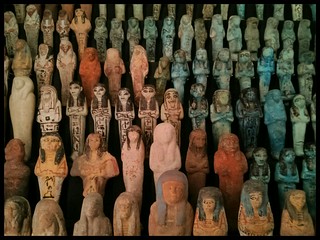 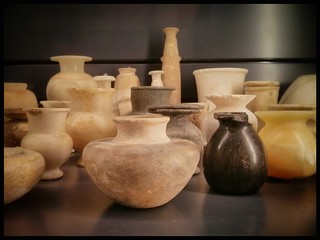 And there is one last room of Egyptian objects – in a rather peaceful and dimly lit room between the main Egyptian objects and the vivarium are a collection of Roman period mummy masks and mummy portraits, as well as some mummies. 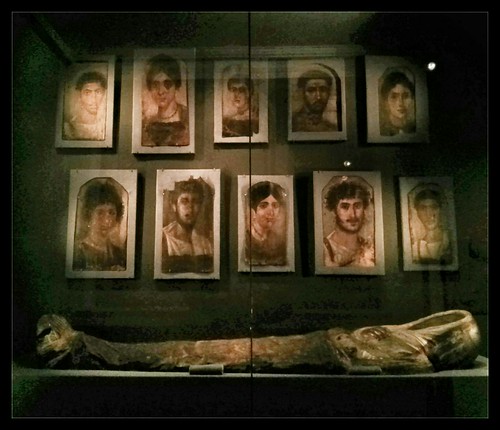 And that finishes off the Egyptian collections at the museum. I was a little surprised how little they seemed to have on display – my half memory from our previous trip was that there had been another room with more coffins and mummies in it. J was particularly disappointed that they only had three coffins to look at – that’s one of his favourite sorts of Egyptian object.

We had a very quick look around the rest of the museum before we had to leave to get our dinner. I think we spent the most time in the new vivarium looking at the snakes, lizards and frogs. I took a few pictures of those with J’s camera but I haven’t sorted through those yet – so here’s a couple from my phone to finish off this post: 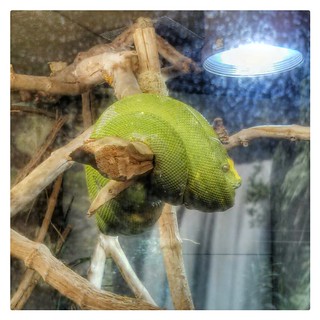 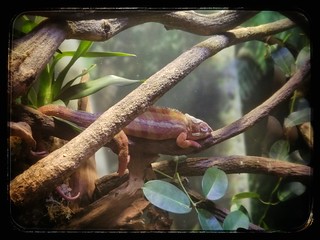