In November last year the Essex Egyptology Group organised a trip to Manchester to visit the museum there and to get a behind the scenes tour of the Egyptian collections from Campbell Price, the curator of Egypt and Sudan at the museum. 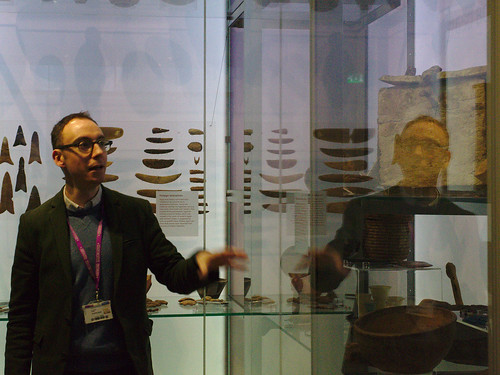 We arrived at the museum about an hour before it opened to the public and were met by Campbell Price in the foyer. He took us up to the Egyptian gallery, but first we stopped in one of the other galleries where there was a bust of Jesse Haworth so that Price could tell us about the history of the collection. As with so many other museums the earliest acquisitions came from funding archaeologists digging in Egypt, in this case in a slightly roundabout way. Jesse Haworth was a wealthy industrialist in Manchester who funded some of Flinders Petrie’s work, and so amassed a notable personal collection of Egyptian items. Later he donated these to Manchester University, founding the museum – although initially his donation was turned down but when he said he’d build a building to house them they changed their minds!

Next Price took us around the Egyptian gallery talking a bit about the highlights of the collection. Amongst other things he told us a bit about the Two Brothers, a pair of mummies plus their coffin assemblages that the museum has. Their coffins list their mother (same woman in each case), but neither mentions the name of a father – not entirely unexpected, Price explained that at this time period (Middle Kingdom) in the area these men lived it was more important to claim your maternal lineage than your paternal lineage. When the mummies were examined in the early 20th Century they were described as one being “black” and one “Egyptian” in the terminology of the time. More recently DNA analysis has been performed which shows that they really are linked via their mother, and that one has Nubian heritage & the other one does not. So the original analysis was in fact correct (which is not always the case!). 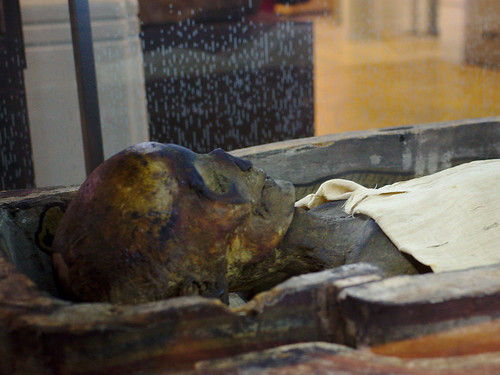 Price also talked a bit about the display of mummies in museums – Manchester Museum has one that is visibly displayed, that of Asru who was an elite lady from the 25th-26th Dynasties period. There’s been a lot of concern and discussion on the topic in the last few years & Price was saying that he thinks it’s important to remember that the Egyptians themselves saw the mummy of the deceased as “just” another of the objects in the tomb that the deceased would need in the afterlife. So whilst they probably wouldn’t’ve appreciated being displayed in a museum it’s not in the same way that a modern person might not want their granny dug up and displayed – it’s about the objects (including body) having a purpose that they aren’t fulfilling. (Hopefully I haven’t mangled Price’s views too much – I’m writing this from memory 2 months later!) 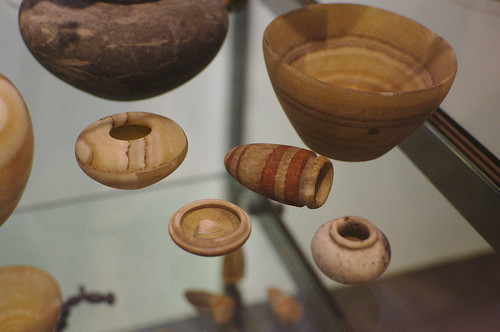 After the gallery tour we then split into two groups for the behind the scenes part of the visit. I was in the second group, so we spent half an hour or so looking round the Egyptian gallery & taking photos before the rest of the public were allowed in. Then it was our turn to see the storerooms. I always find it surprising how many corridors and rooms are behind the walls in a museum (I’ve been to behind the scenes tours in the British Museum a couple of times too). Somehow when I’m in the large public rooms it feels like they must fill the whole space of the building, but then there’s this rabbit warren of other bits tucked away. Price showed us the stone storerooms first, where there were bits of stelae as well as pots & other such things. After a bit of a look around there he produced a mystery object for us to try & identify – originally a genuine mystery to the museum, but relatively recently with some detective work they’d figured it out. And after some leading questions from Price so did we – a piece of a chariot fitting inscribed for Amenhotep II. 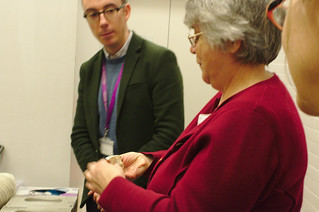 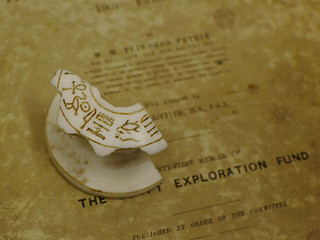 We were also shown the organics storeroom – this included mummies and coffins (and a box labelled Crocodile, always a good one to know where it is …!). One of the coffins had a space in the inscriptions where you’d expect the name of the deceased to be – this was probably so that it could be reused. Another later coffin was for a Roman Egyptian woman, and she was very much hedging her bets – some of the decoration (particularly in terms of style) was Roman and other parts were Egyptian. When we’d finished looking around these rooms Price led us back through the corridors to bring us back out at the shop – he’d very kindly organised for us to use his staff discount that morning, so as might be expected we came away with a couple of new books 🙂

That was the official portion of the visit over but we all had the rest of the day to spend there, so after a break for coffee we returned to the galleries. J headed back to the Egyptian stuff but I spent the rest of my visit walking round the rest of the museum photographing things that caught my eye. As well as the Egyptian stuff they have a very eclectic collection of objects, a lot of them biological in nature. There were dead animals (stuffed, in tableaux), very dead animals (fossilised and reconstructed), model animals (in tableaux) and live animals (mostly frogs & lizards, see below, but some snakes as well). There were also some pieces of art, linked often to the objects nearby in the collection. I came away with an impression that it was all a bit odd, but odd in a way that I appreciated 🙂 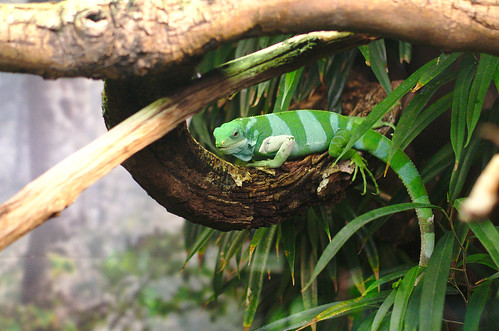 It was a good trip! It’s always interesting to be told about a museum by someone involved in putting the displays together, and to see some of the extra stuff that doesn’t fit into their public displays.