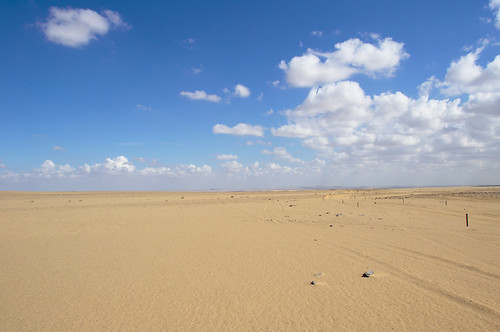 If you look at the map we didn’t go very far into the desert when we were on holiday – we were never very far from either a real road or a bit of cultivated land. But we went just far enough to get a taste of looking at the desert. On the second day of desert sites we also stopped at a couple of places just to see the scenery rather than any Ancient Egyptian remains. This isn’t a very wordy blog post (particularly by my standards!), mostly it’s photos to look at 🙂 They are on flickr if you want to see them larger, but I decided to put them all in this post. 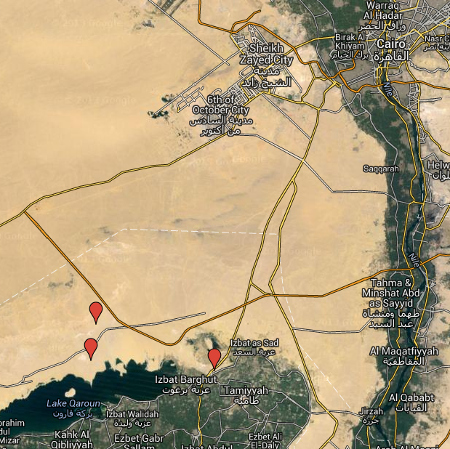 The first of these stops was at a petrified forest, which was really cool. The Sahara hasn’t always been a desert (obviously!) and around 10,000 years ago the area where we were was part of a lush green land – John (the other John, who is a geologist) said it was obvious from the rocks that it had been a river delta. And this particular area was covered in bits of fossilised tree. Some bits were quite big and looked like parts of tree trunks, some bits were more like twigs. There were also fragments of ostrich shell – another indicator that there used to be a lot more life there than there is now. 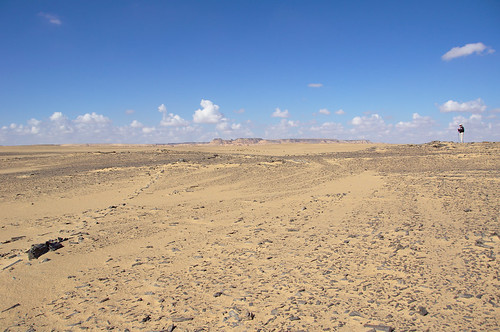 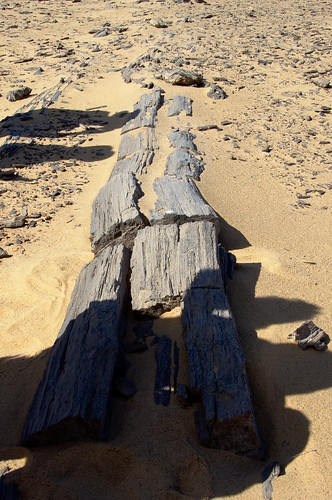 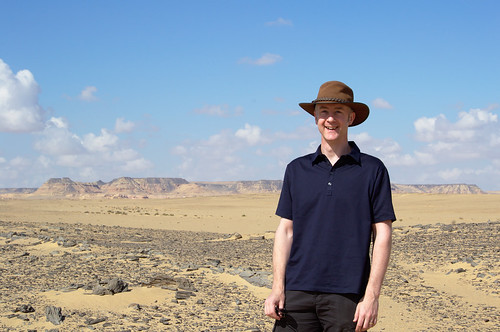 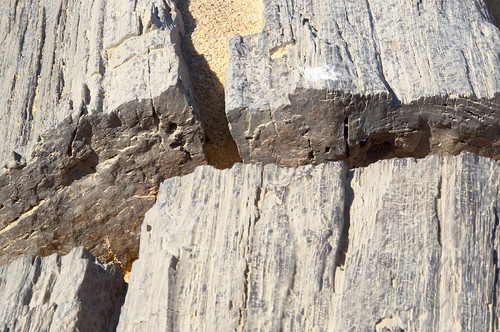 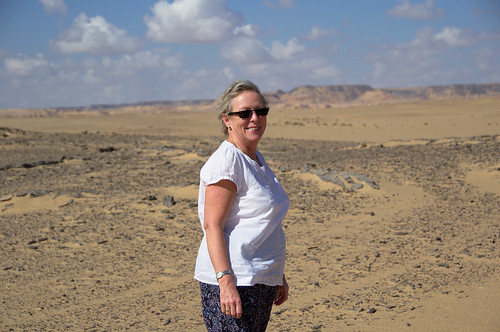 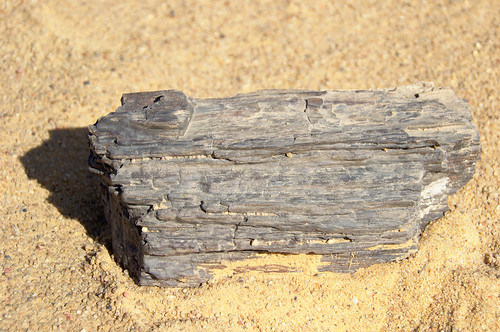 The second place we stopped had a pair of rocks that “look like horses ears” (or breasts if you’re less polite than Medhat). One thing Medhat pointed out here was how much red ochre there was in the area – an important pigment in Egyptian art. 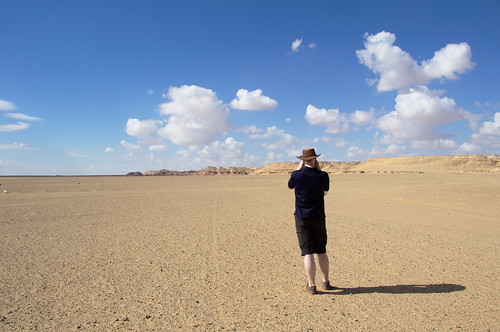 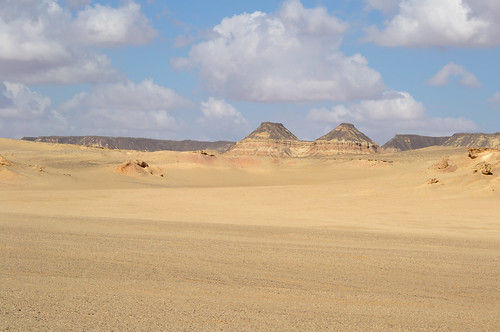 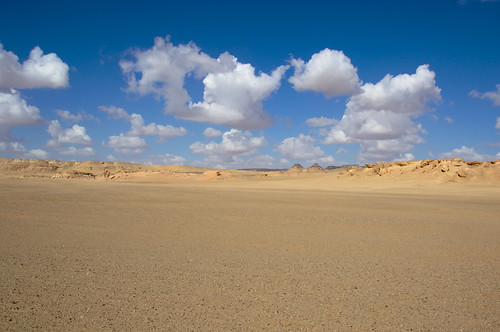 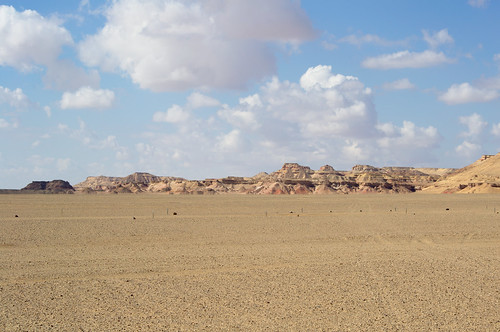 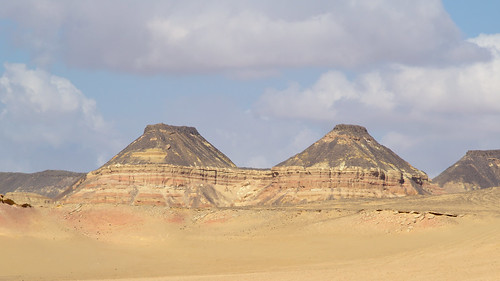